The 2015 Acura TLX replaced both the TL and TSX, becoming Acura’s sole midsize sedan offering. It has two engines and a choice of front- or all-wheel drive. Features included Acura’s Super-Handling All-Wheel-Drive system (SH-AWD) and a host of safety features, like collision mitigation, lane departure warning, and blind spot detection.

When new, U.S. News rated it in the middle of the pack saying, “it offers peppy engine performance, a comfortable ride, and composed handling, but its confusing infotainment system and an awful reliability rating hold it back.” So, now that it’s a used car, is it worth looking at? Here’s everything you need to know about buying one.

According to U.S. News, the 2015 Acura TLX came standard with a 2.4-liter four-cylinder that produced 206 horsepower and an eight-speed dual-clutch automatic transmission. Acura’s 3.5-liter V6 was an option, provided 290 horsepower, and was paired with a nine-speed automatic gearbox. In the performance department, the TLX reaches 60 mph in between 6.9 and 7.6 seconds and offers fuel economy ratings of 21-24 mpg in the city and up to 35 mpg on the highway.

Acura models typically have a buttoned-down ride with precise steering and good handling, and the TLX is no different. The four-cylinder model is the more balanced of the two, with the V6 models displaying noticeable understeer, even with the SH-AWD. The TLX has a comfortable ride on the road, and both engines provide good power for passing or merging. Braking is average for this class but offers consistent stops with little fade.

Features and safety ratings of a used TLX

Size-wise, the Acura TLX is smaller than the TL but larger than the TSX. It offers plenty of room in front, but the rear seat is tight. Trunk space is also on the small side, with just 13.2 cubic feet available, thanks to the space needed for the SH-AWD system.

Where the TLX excels is in the layout and refinement of the interior. It’s quiet, with comfortable seats and a long list of standard features like lane-keeping assist, blind spot monitoring, and forward collision warnings. Available on V6 models, the Advance package adds adaptive cruise control with low-speed follow, forward emergency braking, and road departure mitigation.

The NHTSA gave the 2015 Acura TLX a five-star safety rating, and the IIHS awarded it a Top Safety Pick+ rating. In addition to the safety technology, the TLX earned Good or Acceptable scores for all crash ratings.

Overall the 2015 Acura TLX has proven to be very reliable, getting good scores from owners and consumer magazines, with one exception – its transmission. Early on, the transmissions on the 2015 TLX suffered several issues that resulted in the following recalls:

As a result of these issues, owners brought forth a class-action lawsuit to address the problems. 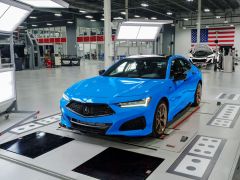 Acura addressed the transmission issues; since then, the 2015 TLX has been relatively problem-free. Its features and performance make it a compelling option in the luxury segment. It feels solid and has good acceleration and a comfortable ride.

Its interior is a nice place to spend time. It’s well-appointed, with good sound insulation and comfortable seats. The infotainment system may look a bit dated in 2022, but the TLX offers features and technology that are on par with cars made today.

The bottom line answer to the question is yes. The 2015 Acura TLX is worth buying if you’re shopping for a used, midsize luxury sedan.