It is important to remember that a car can be great in almost every measurable way and still not be worth buying. The 2006 Nissan Altima hails from the last year of the nameplate’s third generation. This generation, sold from the 2002-2006 model years, was a highly praised car but was subject to a few reliability issues. Thankfully, the 2006 model year saw some improvements that may make the Altima a worthwhile purchase.

The 2006 Nissan Altima is powerful by today’s standards

The 2006 Nissan Altima came toward the end of the great sedan era. The Altima was just one of many in a sea of incredibly popular mid-size sedans, including the Toyota Camry, Honda Accord, Ford Taurus, Chevrolet Malibu, Dodge Stratus, and Mazda6, to name a few. The Altima sticks out from the pack with its distinct and attractive styling and class-leading V6 power.

The Altima was available with two engine options and five trims. The 2.5L four-cylinder engine makes a healthy 175 hp and 180 lb-ft of torque and can be mated with either a four-speed automatic or a five-speed manual, reports Autoblog. The automatic penalizes you in fuel economy with 21 city mpg and 27 highway mpg, while the manual gets you 29 mpg on the highway, says the U.S. Department of Energy. Naturally, the V6 makes more power, but it’s not the best option for fuel economy. The V6 five-speed automatic nets 18 city mpg/27 highway mpg, while the six-speed manual gets 19 city mpg/25 highway mpg. The showpiece of the 3.5L V6 is its 250 hp and 249 lb-ft of torque. Even the powerful V6-supplied 2006 Honda Accord makes only 244 hp, and the Camry V6 didn’t even crack 200 hp.

The base 2.5 trim is very spartan. To get most of the amenities the average consumer expects, you’ll want to find a 2.5 S, which includes A/C, a radio, and remote keyless entry. If you want to go further upmarket with the V6, you have three trim levels to choose from. The 3.5 SE gets you V6 power plus nicer alloy wheels and fog lights. The 3.5 SL brings all the goodies, including heated leather seats, heated mirrors, satellite radio capabilities, and a power sunroof. The 3.5 SE-R trim gives the V6 a bump to 260 horsepower and provides special 18” wheels.

Is a used Altima still safe?

Most non-enthusiast car shoppers’ first concern is typically safety-related, and rightfully so. Thankfully, this isn’t a huge concern regarding the 3rd-gen Nissan Altima as it received five stars from the NHTSA for both the driver and passengers, reports Autoblog. Unfortunately, the vehicle only received three stars for the side impact test, and the IIHS even gave the Altima a poor rating in this category. The good news for the prospective buyer of a 2006 model year is that changes were made to provide better protection for this Altima generation’s final year of production. However, Nissan reported to the IIHS that these changes would make little difference in vehicles not equipped with side airbags. Given side airbags were optional, the crash tests were conducted without that safety feature fitted.

Reliability concerns for the 2006 Altima

Sadly, despite how fantastic the 2006 Nissan Altima is to drive, it does not come without problems. It seems that the automatic transmissions, whether it be the four- or five-speed, develop issues slipping and clunking into gears, reports CarComplaints. Thankfully, this doesn’t usually occur until after the 100k mile mark, but problems at such low mileage are unacceptable for most consumers. The issues are less widespread than the 2005 model year, but still might make the five- or six-speed manual the better option, given that most of these cars will have over 100k miles.

The 2.5L engine, known as the QR25DE, has a few issues to watch out for, reports Tuning Pro. It’s important to note that these engines are fairly solid otherwise, so if you get a car with a good service history and perform preventative maintenance, it can still be a solid choice. The most serious problem is oil consumption and engine damage from a failing pre-cat. The 2.5L engine models have a pre-catalytic converter in the exhaust manifold, which can wreak havoc if it breaks apart and particles get into the engine. Many of these have been replaced with aftermarket headers, but it’s best to ensure the Altima you’re looking at addresses this potential concern.

The 3.5L V6, or VQ35DE, is a famous engine. Known for its use in the 350Z and Maxima, the VQ is also quite a reliable engine. As reported by Tuning Pro and CarComplaints, they do have two serious concerns to watch out for: timing chain failure and oil consumption. The timing chains tend to last a very long time, but the tensioners can occasionally fail prematurely. Keep your ears peeled for chain rattle, and make sure to get the car checked out if you suspect they may be on their way out. Severe damage can occur if such a problem is not remedied. Oil consumption can be another issue but often does not become a real hindrance until the car is close to 200k miles. That said, regular maintenance can help avoid these problems. 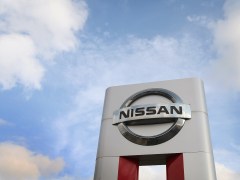 Ultimately, the 2006 Nissan Altima is a very solid car. Is it as reliable as its Toyota or Honda brethren? No. The Altima has its issues, including premature rusting of the floorpan along with the engine and transmission issues previously mentioned. That said, the Altima can still be a very reliable car, and many examples can be found listed for sale with nearly 200k miles—a good sign. A 2006 Altima is also typically about half the price of the equivalent Camry or Accord, which makes for a great value in today’s market. Make sure to get any Altima checked out by a professional before you purchase, but it’s certainly a solid car to add to your list.