A recall is part of car ownership. It has happened with numerous manufacturers for various reasons. This particular Ford recall was issued for over half a million SUVs. The notice also came after 20 users reported fires. Find out all the details regarding this recall.

The recall alert issued recently relates to another released in March 2022, affecting over 345,000 SUVs. Like the current recall, the first was due to a fire risk resulting from engine oil leaks. However, Ford estimated that only about 1% of these vehicles would be defective.

When Ford issued the recall in March, it noted that owners might see or smell smoke from the under-hood area followed by a fire. Since Ford expected the engine fluid leak issue to affect a few vehicles, it advised owners to use their SUVs while staying observant. Most vehicles affected by the earlier recall received the needed work. However, this doesn’t guarantee protection from the issues listed in the latest alert.

The most recent recall resulted from potential fuel line cracks. According to the company, the issue affects the 2022 and 2023 Escape and 2021 and 2023 Ford Bronco Sports models.

These vehicles use a 3-cylinder, 1.5-liter turbocharged engine, which may allow fuel or its vapor to leak over hot vehicle parts, leading to a fire. The issued recall alert affects about 520,000 SUVs in the U.S. and 634,000 worldwide.

SUVs affected by the new recall alert will receive the needed fix to avoid losses and injuries. Ford dealers will install a software update to detect cracked injectors.

If the tool senses a leak, the vehicle dashboard will show a warning light. Additionally, the engine power reduces, cutting fuel consumption and flow. These measures allow vehicle owners to pull over and contact their dealers for service.

Another method Ford will use to mitigate risks in the vehicles listed in the recall alert is installing a tube to lower the risk of fires. This will drain leaked fuel to the ground, keeping it away from hot surfaces in the vehicle.

According to CNN Business, Ford will not charge owners for the work needed to ensure their SUVs are safe from fire risks. Likewise, the company liaises with dealers to provide free pick up and drop off. Owners can, however, take their vehicles to the dealership. 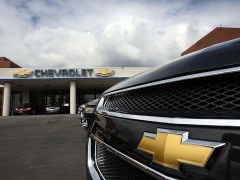 Ford has recently recalled other vehicles due to different problems. For instance, it issued an alert for particular 2021 and 2022 F-150 trucks. The reason for the recall is a defect in the front windshield wiper motor. Per Kelley Blue Book, this issue affects 453,650 units. Luckily, owners can get free windshield wiper motor repairs from their dealers.

Another recent recall issued by Ford affects some 2021 and 2022 Bronco vehicles with rear-view camera systems and 8-inch display screens. These cars don’t comply with safety standards since the screens may display images after reversing. Ford will reduce the risk of crashes by providing an over-the-air update of the relevant software.

Some 2022-2023 Transit vehicles have faulty heating, ventilation, and air conditioning (HVAC) controls. Due to this, owners experience poor visibility when the defrost and defog functions reduce. Ford issued a recall alert for 31,339 Transit units and sent notification letters on 7th November 2022.

Since recall alerts affect many vehicles, you should confirm eligibility using your vehicle identifying number (VIN). Besides, contact your dealer if you notice an issue or reach out to Ford customer service.