Alongside car ads, automotive reviews give you a lot of reasons to buy a specific vehicle model. However, reviews sometimes tell you which selling points in car commercials are inflated and whether the car is worth buying at all. According to U.S. News and World Report, you should ignore the ads for the 2021 Acura ILX, as their reviewer notes there are only two reasons to consider it.

The Acura ILX is billed as a luxury model for a brand not as unaffordable as some of its luxury competitors. It tries to walk the fine line between high-end and affordable. Still, beyond affordability, the automaker also retains the solid performance and reliability that are trademarks of its brand and its parent brand, Honda.

According to Edmunds, the ILX comes standard with an eight-speed dual-clutch automatic transmission and a naturally-aspirated 2.4-liter I-4 engine that generates 201 hp and 180 lb-ft of torque. This combination offers drivers respectable fuel efficiency: 24 mpg in the city and 34 mpg on the highway. It also provides a sporty driving experience with solid handling, acceleration, and cornering.

U.S. News and World Report notes that the ILX offers prospective buyers a low base price and good fuel economy. However, those are the only two reasons, the publication contends, worth considering the 2021 model.

Why the Acura ILX missed the mark

U.S. News notes that the Acura ILX’s interior features fail to meet common expectations of a luxury car. According to the publication, you’ll find a lot of hard plastic, which, in most luxury vehicles, is less present than softer materials like high-quality cloth and fine leather. The design also feels out-of-date, which is not ideal for a luxury model.

Considerable wind and road noise seep into the cabin, which is uncommon for vehicles in its segment. The touchscreen is also a sore point, as the reviewer notes that the 5.0-inch size is much smaller compared to the ILX’s competitors. There’s also a dual-screen setup that is both small and confusingly set up.

Finally, the ILX is hampered by a lack of legroom in the rear seat. Trunk space is about average for a vehicle in the segment. However, while a split-folding rear seat is common for the segment, the ILX lacks one. Additionally, while it does perform well, it’s simply outclassed by rivals like the Mercedes-Benz CLA or the Honda Civic Si in the performance department.

If the ILX still seems tempting, here’s how much they cost 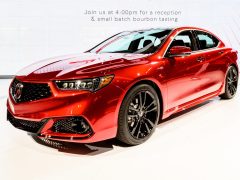 Don’t Expect Any Changes for the 2021 Acura ILX

While U.S. News and World Report found relatively little to like about the Acura ILX, you may find more. If you do, you should be aware that the publication notes a used ILX model costs a bit more than the starting MSRP.

The 2021 Acura ILX was initially available for a starting MSRP of between $26,100 and 32,000, depending on trim level. However, according to U.S. News and World Report, buyers are now purchasing them for between $29,195 and $33,427. It’s a little odd, given its poor critical and consumer reception. A recent Consumer Reports owner satisfaction survey found that many owners regretted buying it. The most likely explanation is the rise in car costs overall.

Even with the price increase, the ILX is still one of the cheapest small luxury vehicles on the market. There is no competitor with a vehicle in the segment that starts at less than $32,000. Still, it may be worth exploring the competition and paying a few thousand extra for a sedan that offers more performance, comfort, and amenities, if a luxury vehicle is indeed what you’re seeking.