With the average price of new cars hitting record highs, it can be challenging to find one that won’t do some serious damage to your budget. Also, to get an affordable vehicle, you might have to sacrifice quality, resulting in lower reliability. However, there are some exceptions. After its annual Auto Reliability Survey, Consumer Reports only recommends two new cars under $20,000: the 2023 Subaru Impreza compact car and the 2023 Kia Soul subcompact SUV.

Affordability is a key factor for an automotive buying decision. It’s also ideal to get a cheap car that’s reliable. Higher quality typically results in a more expensive vehicle, though. However, for the 2023 Subaru Impreza ($19,795 MSRP) and the 2023 Kia Soul ($19,890 MSRP), you can benefit from both affordability and reliability. They are the only new cars for less than $20,000 that Consumer Reports recommends.

While Consumer Reports looks at multiple aspects of vehicles in determining the recommendations, it places a strong emphasis on reliability. A car can be good in other areas, such as performance and interior comfort, but if it’s not reliable, CR typically won’t recommend it.

The 2023 Subaru Impreza and the 2023 Kia Soul had minimal issues in the problem areas, so both earned a recommendation from Consumer Reports in 2023. The Impreza was also recommended for the 2022 model year, while the Soul is a newly recommended model.

Here are the 10 cheapest new cars recommended by Consumer Reports:

You don’t have to destroy your bank account to get a reliable car. This is evidenced by the Impreza, Soul, and other affordable new cars that earned a spot on CR’s recommendation list. 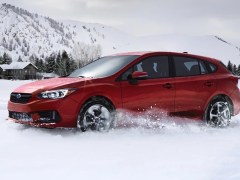 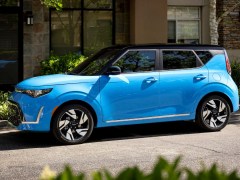