Thanks to turbocharging, supercharging, direct injection, and even hybrid electric power, today’s engines are smaller but more powerful than ever. It’s not uncommon to see four-cylinder engines producing 300 horsepower. V6 engines, once considered a budget option, now power some of the fastest cars on the road. In fact, two of the fastest V6-powered cars are premium vehicles costing more than $100,000.

Likewise, the Porsche Panamera 4S E-Hybrid is about as far from a Prius as a moon rocket. It looks and goes like a four-door version of the Porsche 911. Yet it offers decent fuel economy that belies its performance capabilities.

Looking at the Acura NSX and Porsche Panamera, the two cars could not be more different. However, under the surface, they have a lot in common.

According to U.S. News, the Acura NSX has a twin-turbo 3.5-liter V6 capable of producing an astounding 520 horsepower. Combine it with three electric motors, and that figure rises to 600 horsepower. Using all-wheel drive, the NSX goes from 0 to 60 mph in 2.9 seconds and tops out at 191 mph. Yet it can still deliver an estimated 21 mpg in combined city/highway driving.

Like the NSX, the Porsche Panamera starts with a V6 engine, only it’s a 2.9-liter version, but it combines with a hybrid powertrain to produce up to 552 horsepower. It also reaches 60 mph in 3.6 seconds on its way to a 183 mph top speed and gets a combined EPA rating of 20 mpg, according to Edmunds.

Acura doesn’t bother with separate trim levels on the NSX and barely has any options. Everything you could want is standard, with the only choices being paint colors and interior trim.

The only thing the NSX lacks is an assortment of modern driver-assistance features that we’ve come to expect. It also lacks crash-test results or ratings since neither the NHTSA nor the IIHS has data on it yet.

The Panamera is the exact opposite. Porsche offers the Panamera in various configurations, options, and colors. However, the most common packages are adaptive air suspension and the Sport Chrono package, which adds a Sport Plus setting with launch control and dials up the response and performance of the Panamera’s engine, transmission, and chassis.

However, like the Acura NSX, the Panamera lacks crash-test results and safety ratings from the IIHS and NHTSA.

NSX and Panamera: Features and technology

According to Car and Driver, the Acura NSX is equipped with a 7-inch touchscreen infotainment system with integrated navigation and an ELS Studio nine-speaker stereo. If the touchscreen and some of the switchgear look familiar, they are. Many of the interior bits are shared with other Acuras, as are the system’s drawbacks, which receive a lot of criticism for its overly complex and dated interface.

In the Porsche Panamera, you get a large 12.3-inch touchscreen with an attractive layout and a host of features, including Apple CarPlay, Android Auto, navigation, and a Wi-Fi hotspot. Like the Acura and most other sophisticated systems, the menus are complicated and lack intuitive functionality making it a distraction to operate while driving. 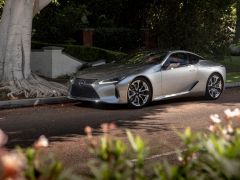 The 2022 Acura NSX is a good luxury sports car with incredible performance, but it isn’t exactly a bargain. It offers plenty of room but lacks the technology and features buyers expect on cars costing half as much. Vehicles like the Chevrolet Corvette and Porsche 911 provide similar performance and a better combination of features and practicality for considerably less money.

On the other hand, the Porsche Panamera is a great car. The 4S E-Hybrid provides supercar levels of performance in a practical body. Few vehicles offer the mix of luxury, features, and driving enjoyment the Panamera delivers. It is a four-door sports car that will coddle you, impress you, and make your neighbors jealous.