Many of us want a car that ticks every box. It would be great to have a dependable family car that promises to go the distance, accommodate whatever you want to transport, and not break the bank in the process. Fret not, iSeeCars evaluated popular vehicles from multiple segments, and two of their picks for the best 10-year-old large cars have the potential to sail past 200,000 miles for under $16,000. Check out these two used vehicular voyagers, the Toyota Avalon and Chevrolet Impala.

What is considered a family car?

A family car is a large, safe car with ample space and comfort sufficient for long journeys. Many automakers still produce family cars for the American market despite the industry shift to SUVs and crossovers.

Moreover, iSeeCars chose some of the most popular used family cars and hatchbacks that promise to deliver practicality and longevity for cheap. Among those 10-year-old options, the Chevrolet Impala and Toyota Avalon topped the list of the best sedans and hatchbacks for the money. Specifically, the two four-door five-seaters had low ownership costs, long lifespans, and low average used car prices.

What is the lifespan of an Impala?

Instead, the Impala could last 200,000 to 300,000 miles with proper care and maintenance. That’s good news for used family car shoppers who want a domestic badge that can go the distance. Unfortunately, Chevrolet discontinued the Impala in 2020 so getting a new derivation isn’t possible. Still, with an average used car price of around $9,706, a 10-year-old Chevrolet Impala could be one of the best cheap, long-lasting family car options.

Is the Toyota Avalon a good car?

The Toyota Avalon is a long-lasting, dependable, affordable luxury option for family car shoppers. According to iSeeCars, the Avalon has a low average used price, a long lifespan, and costs just over $110 per 1,000 miles in ownership costs.

Specifically, a 10-year-old Toyota Avalon has an average used car price of around $15,818. While that’s a little expensive compared to a Chevrolet Impala from the same period of family cars, it’s still a bargain compared to many problematic luxury options.

What’s the best car for a family of 5?

In iSeeCars’ best sedans and hatchbacks segment, the Avalon scored second, just behind the Chevrolet Impala. The Impala takes the top spot for the best car to tote your family of five, with a lower ownership cost and average used car price than the Toyota Avalon. 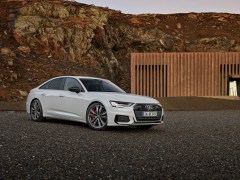 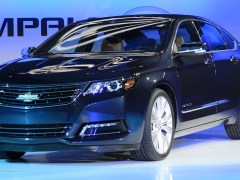 The Chevrolet Impala, the cheaper of the two cars, has a cost per 1,000 miles of around $87. However, iSeeCars says the Avalon’s 245,710-mile potential lifespan is about 15,000 miles greater than the comparable Chevrolet family car’s longevity. Still, both cars top the list well ahead of competitors like the Honda Accord and Ford Fusion.